Yes it’s actually a thing I googled it!  Really just meaning mini pizzas with eggplant as the base which can be eaten as a appetiser, snack or with antipasto.

With my influx of basil pesto in the house and the family eggplant delivery I received from my sister-in-law the other day I was eager to use them both. I was making a traditional eggplant parmigiana for dinner and had some eggplant left over so I decided to bake some extra thick cut slices with a drizzle of olive oil and sprinkle of oregano in the oven for 15-20mins until was just cooked through without being mushy. 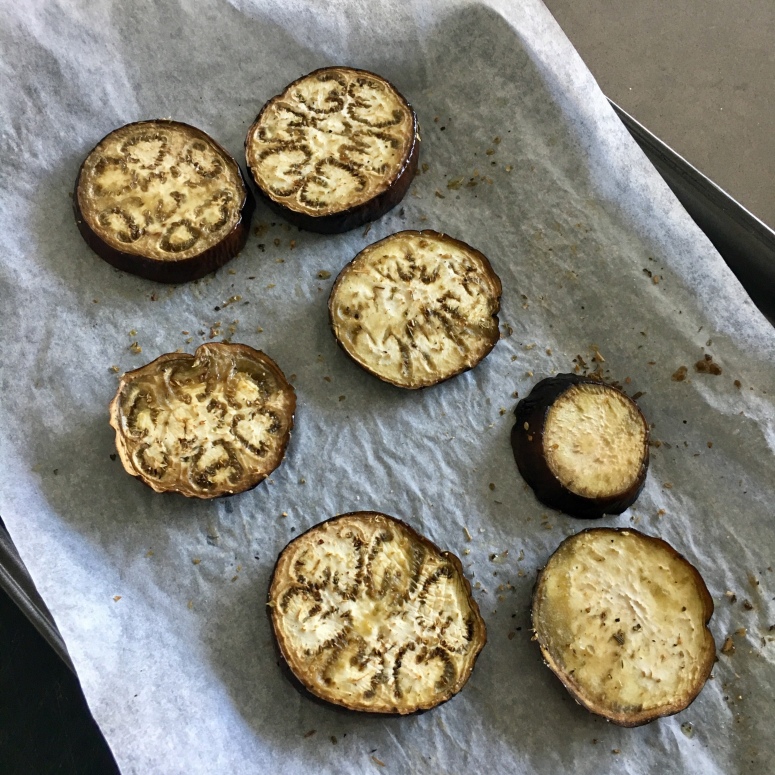 Topped with some extra tomato passata I’d made, spooned some of the Homemade Basil Pesto  from the other day and topped with some shredded cheese. Popped back in the oven for a few minutes until the cheese was melted and we had a delicious pre dinner appetiser. It is a great idea for entertaining,  something a little different and suitable for vegetarians. I just called them mini eggplant pizzas but soon discovered there was an actual name for them. You learn something new everyday don’t you. hehe

This site uses Akismet to reduce spam. Learn how your comment data is processed.